Please enter your username or email address. You will receive a link to create a new password via email.

Barn Conversion and Cantilevered Extension a pairing of a dramatic cantilevered extension and stone barn brings a vibrant feel to Paul and Elaine Haffey’s new home.

By Jane Crittenden
Photographer: Chris Hill
Paul and Elaine Haffey’s home in Northern Ireland is original on many levels. A dynamic new build connects with the original stone barn, forming an angular and quirky stepped layout inside, mirroring the topography of the site.

Despite a plot cost of just £75,000, the Haffeys nearly passed on this opportunity back in 2011, spending six months making up their minds about the site and its three derelict barns.

The couple’s indecision wasn’t helped by the plot being completely overgrown, which made it difficult to see the barns. However, the owner was keen to sell, so the Haffeys struck a deal, buying the plot on the proviso they got planning permission first.

“There was no real risk to us — if we didn’t get planning the deal was off,” says Paul. “It was an amazing offer.”

The design focused on retaining the largest stone barn and demolishing the second, which couldn’t be saved, then rebuilding directly on its footprint. This contemporary cantilevered new build would be described in the planning application as an ‘extension’ to the main barn.

The team approached repairs to the main barn cautiously, but with trees and tree roots so entangled into the stone, inevitably more of the barn had to be rebuilt than initially thought. New openings were created for sliding doors and windows, and the roof built from the inside out to allow the character of the tongue and groove structure to remain on show.

The Haffeys’ initial £280,000 project budget crept up another £70,000 by the time the house was finished, after accounting for a bigger spend on the kitchen, high specification interior finishes and landscaping (all items that the couple hadn’t budgeted for).

“We wanted an interesting house and we love the contemporary design, but it’s fantastic the house works really well for us as a family too without being overly extravagant,” Paul says.

The moment to move in finally arrived in June 2016. “When the builders had gone, Elaine and I sat down in the living room one evening and watched the lights over the city,” he concludes. “We didn’t expect views like this and that’s added to the sense of making our house feel unique.” 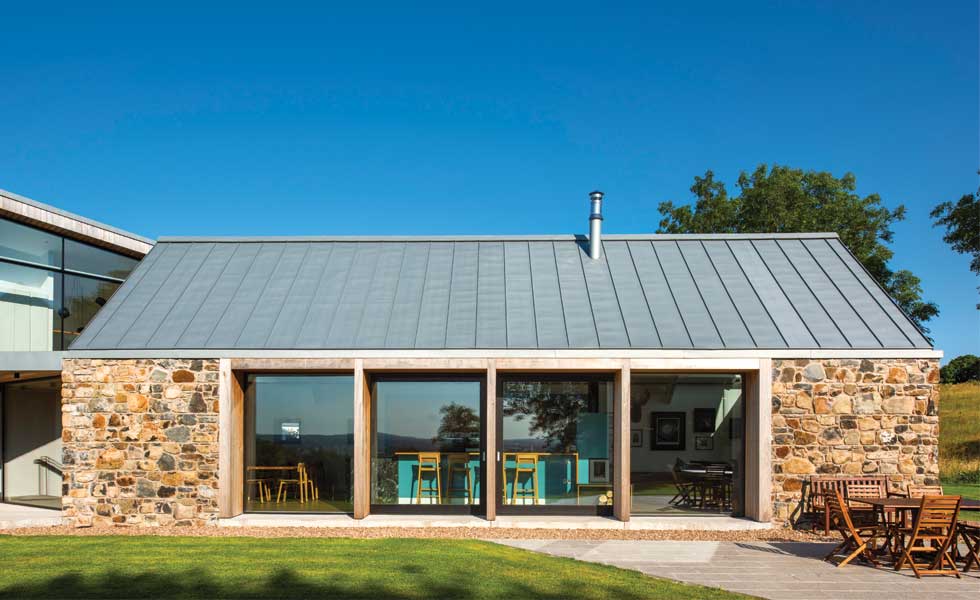 The large central barn was restored to form the main living area of the house; the vaulted ceiling accentuating the feeling of space. The two existing openings on the barn were extended to four for the sliding doors, which benefit from the afternoon sun and sunsets. 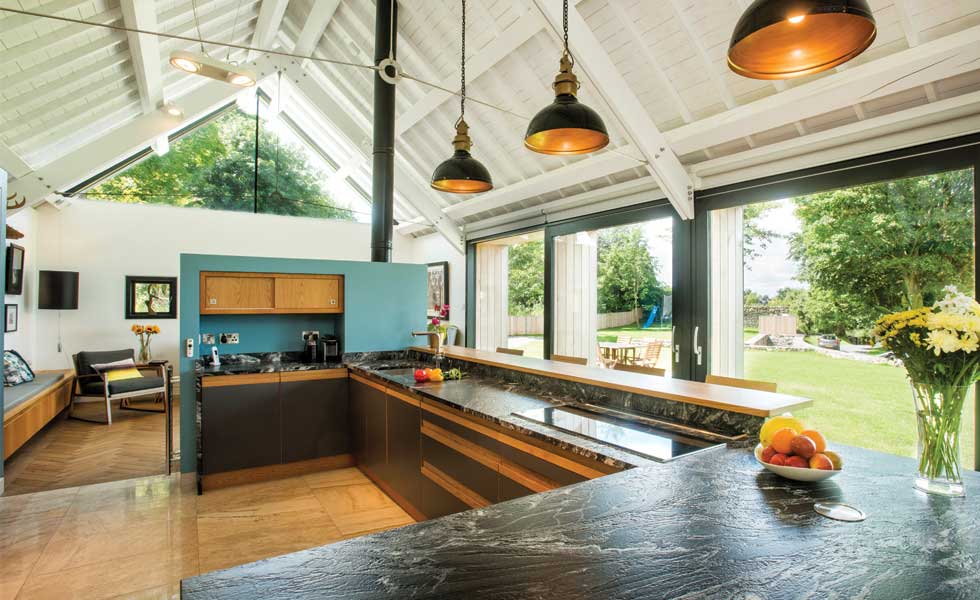 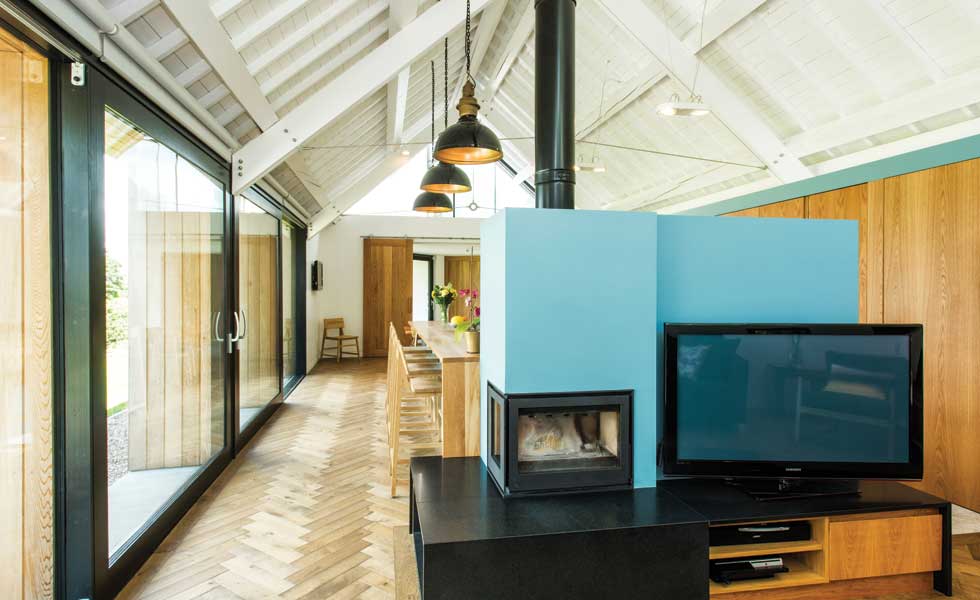 “We spend all our time in the barn, but it’s a big area and we wanted some kind of separation between the kitchen and living space,” says Paul. “The woodburning stove, which is built into a low wall that provides a shelf for our TV, creates that separation” 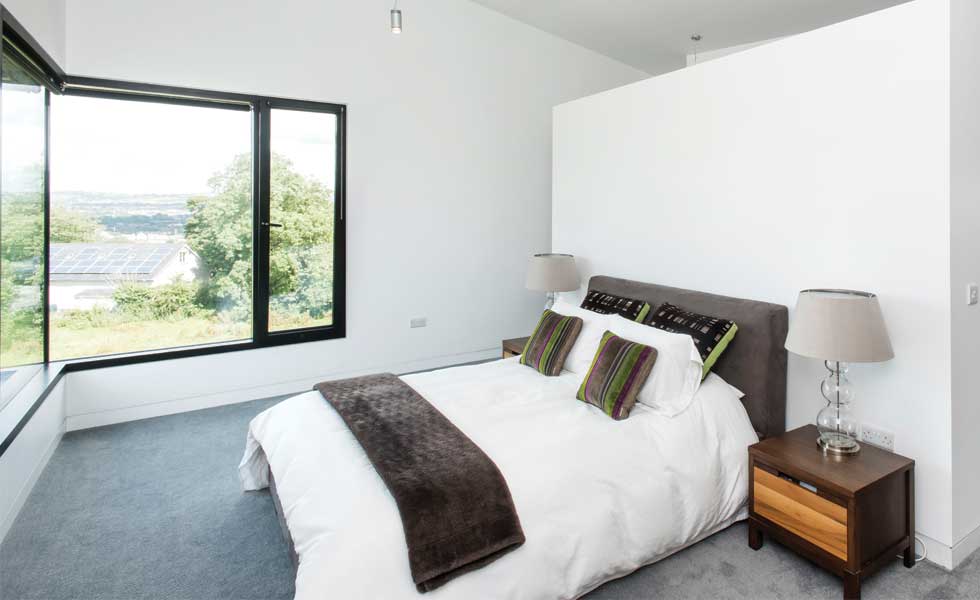 The master suite, positioned in the new build element of this self build, features an en suite partitioned off behind a wall. 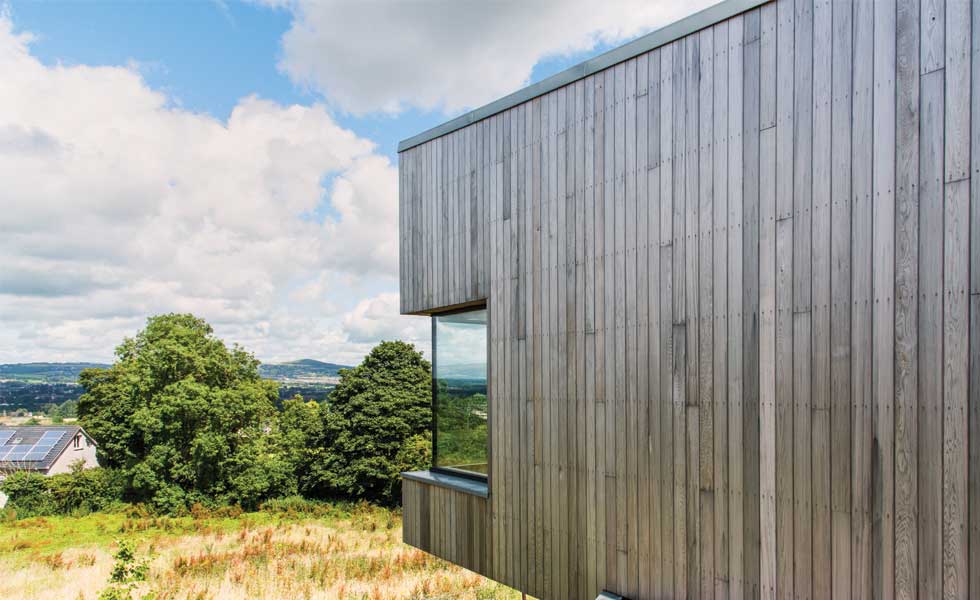 The master bedroom is built into the cantilevered part of the building and offers rural views on two sides, thanks to the corner glazing

Kate Moss Designs The Interior Of A $3.8 Million Barn’ In The English Countryside.

Barnfinders.co.uk came across this older article in forbs.com and decided to share it with our...

The Thatched Barn is a Grade II-listed converted barn in 0.3 hectares of gardens about 3.5 miles...